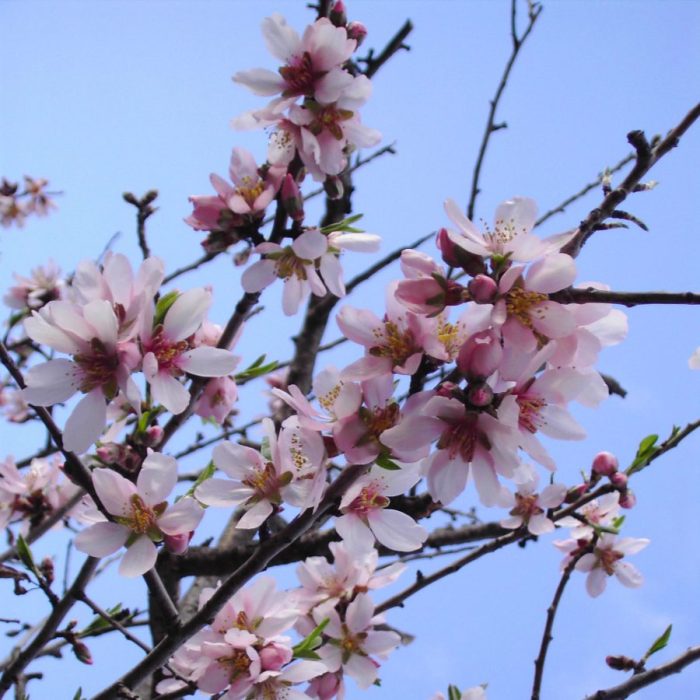 And while he wrote in classical Arabic rather than in the language of the street, his poetry was anything but florid or baroque, employing a directness and heat that many saw as one of the salvations of modern literary Arabic.

“He used high language to talk about daily life in a truly exceptional way,” said Ghassan Zaqtan, a Palestinian poet and a close friend. “This is someone who remained at the top of Arabic poetry for 40 years. It was not simply about politics.”

Exile was certainly personal to Mahmoud Darwish. His first forced flight came in 1948, when he was seven. Fearing the advance of Israeli forces, his family abandoned their ancestral wheatfields in Western Galilee and walked, destitute, to the apple orchards of Lebanon. Sneaking back across the border later, they found their village razed to make way for Jewish settlement. His father became a labourer; his family, having missed a census, were classed as “present-absent aliens”.

But exile was also an experience that Mr Darwish shared with his entire people, the Palestinians. Sixty years after the creation of Israel, more than half of them remain in physical exile from their homeland, while the rest, partitioned into enclaves under various forms of Israeli control, remain exiled from each other and from the wider Arab world. Mr Darwish was their voice and their consciousness.

It was a role that often bothered him. Rightly, he felt it belittled his devotion to the poetic craft and made him over-solemn. He sometimes berated his huge audiences when they clamoured for nationalist odes rather than the subtler, metaphysical verse of his later years. He fretted that some would recall only lines such as “Go! You will not be buried among us,” and forget those praising a Jewish lover or commiserating with an enemy soldier.

Yet it was inescapable that he should be lauded as Palestine’s poet laureate, and not merely because his words were made into popular songs and splashed as headlines to sell newspapers. His own life was entwined with the tragic Palestinian national narrative. When he was barely in his teens, the village schoolmaster tasked him with writing a speech to mark Israel’s independence day. He wrote it as a letter to a Jewish boy, explaining that he could not be happy on this day until he was given the same things that the Jewish boy enjoyed. This earned him a summons before the Israeli military governor, who warned him that such behaviour could get his father’s pass revoked, making him unable to work.

A few years later Mr Darwish took the bus to a poetry festival in Nazareth, the largest Arab town in Israel. He read one long poem, and was asked to recite more. All he had was a crumpled paper on which he had jotted some rough verse inspired by a visit to the Israeli police, to renew his travel pass. The poem included these lines:

Write down!
I am an Arab
You have stolen the orchards of my ancestors
And the land which I cultivated
Along with my children
And you left nothing for us
Except for these rocks…

The result was electric. The crowd demanded three encores, and Mr Darwish’s fame was born. By the mid-1980s, his 20 volumes of verse had sold well over a million copies.

For all that time he had no country of his own. Though a citizen of Israel, he was too often jailed there for his activism, and eventually had his citizenship revoked. He tried living in Moscow, then Cairo, then Beirut, where Yasser Arafat’s Palestine Liberation Organisation had been allowed to build a proto-state in exile. When Israel invaded in 1982, Mr Darwish sailed for Tunis and later lived in Paris. Not until 1996, after the Oslo peace agreement made it possible, did he return to Palestine.

But Palestine was a shambles. Arafat’s dictatorial style repulsed him; the drift towards the second intifada of 2000, and the vicious schisms that followed, reduced him to despair.

21.7.2016 Vivian Eden, Haaretz: The Mahmoud Darwish Poem That Enraged Lieberman and Regev (in der URL steht: Poem of the Week)

An Army Radio discussion of an early work by Mahmoud Darwish has caused an uproar. Here is the poem:

Write it down! I’m an Arab
My card number is 50000
My children number eight
And after this summer, a ninth on his way.
Does this make you rage?
I am an Arab.
With my quarry comrades I labor hard
My children number eight
I tug their bread, their clothes
And their notebooks
From within the rock
I don’t beg at your door
I don’t cower on your threshold
So does this make you rage?
Write it down!
I am an Arab.
I am a name with no honorific.
Patient in a land
Where everything lives in bursting rage
My roots were planted before time was born
Before history began
Before the cypress and the olive trees
Before grass sprouted
My father is from the plough clan
Not from the noble class
My grandfather was a peasant farmer
Had no pedigree
Taught me the pride of the sun
Before teaching me to read
A shack to guard groves is my home,
Made of branches and reeds
Are you pleased with my status?
I am a name with no honorific.
Write it down!
I am an Arab.
Hair color: charcoal
Eye color:  brown
Attributes:
A cord around the quffiyeh on my head
My hand as hard as rock
That scratches if you touch it
My address:
I am from a forgotten abandoned village
Its streets nameless
All its men in the fields and quarries
Does this make you rage?
Write it down!
I am an Arab.
You have stolen my ancestors’ groves
And the land we cultivated
I and all my children
Leaving nothing for us and all my grandchildren
Except these rocks
Will your government take them
Like people say?
Therefore,
Write down on the top of the first page:
I do not hate people
And I do not steal from anyone
But if I starve
I will eat my oppressor’s flesh
Beware, beware of my starving
And my rage.

The controversy erupted after Army Radio, which has been under pressure from right-wing politicians to broadcast more patriotic programming, aired a show about the poetry of Mahmoud Darwish, a revered figure among Palestinians whose work is a staple of school curriculums and is showcased at a signature museum in the West Bank city of Ramallah. The Defense Ministry issued a statement on Thursday saying that Mr. Lieberman had excoriated the commander of the radio station over the show. The statement said that “according to this same logic,” it would be possible to “glorify during a broadcast the literary marvels of ‘Mein Kampf,’” Hitler’s autobiography. …

Mr. Lieberman apparently took issue with the inclusion of Mr. Darwish’s work in a series on formative Israeli texts, and he told the commander, according to the ministry’s statement, that “the military station’s mission is to strengthen social solidarity and not to widen rifts, and certainly not to hurt public sensitivities.”

The statement also compared Mr. Darwish, who died in 2008, to the mufti of Jerusalem during World War II, Haj Amin al-Husseini. Last year, the Israeli prime minister, Benjamin Netanyahu, set off a furor when he asserted that Mr. Husseini had given Hitler the idea of annihilating European Jews. Mr. Netanyahu later retracted that assertion.

Mr. Lieberman’s statement on Thursday created its own backlash. “Wow — he is such a donkey, excuse my language,” said Ghassan Khatib, the vice president of Birzeit University outside Ramallah. “I don’t think he has ever read Mahmoud Darwish,” he added, suggesting that doing so is important for Israelis because he “presented in a very humanitarian way, in a very artistic way, the Palestinian narrative.”

Mr. Darwish occupies a unique place among Palestinians, beloved — and oft quoted — by politicians, academics and defiant youth. His writing has been described as “the easy impossible” for its appropriation of simple themes, elegantly strung together. …

Israel has long struggled with Mr. Darwish’s work. The Associated Press reported that in 2000, Israel’s education minister proposed including his poems in the curriculum of Jewish high schools, but the prime minister at the time, Ehud Barak, overruled him. …

But for Palestinians, Mr. Darwish is a muse and a hero. Fragments of his poetry are emblazoned on coffee mugs and baby onesies — and as graffiti on the concrete blocks of the Gaza port and West Bank refugee camps, particularly the defiant line, “We have on this land what makes life worth living.”

For an older generation, Mr. Darwish provided the lyrical inspiration for beloved songs by the Lebanese musician Marcel Khalife, including “Passport,” “Rita” and “My Mother,” which are still played on Palestinian radio in times of tension and conflict.

Mr. Khatib said that Palestinians in general are more familiar with Israeli Jewish culture than the reverse, after a half-century of occupation, even if they are hardly sympathetic to what is seen as the enemy narrative.

“The basic and initial requirement of coexistence,” he suggested, “should start from each side knowing and understanding the narratives of the other.”

This site uses Akismet to reduce spam. Learn how your comment data is processed.